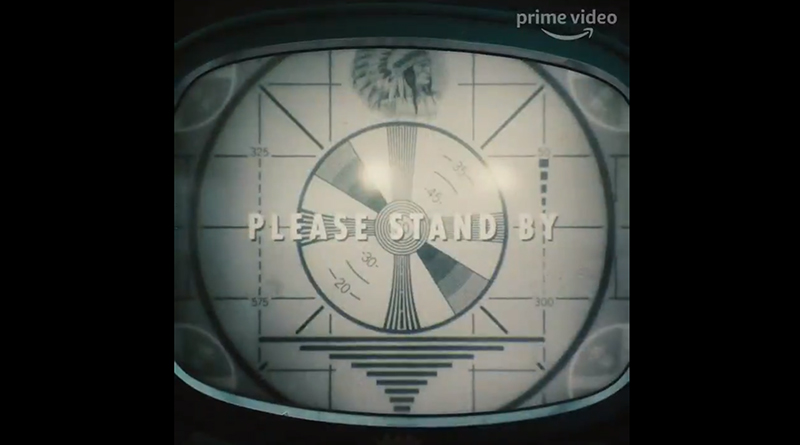 Even though Bethesda has been a less-than-stellar company as of late, the thought of a Fallout series to stream gave me goosebumps. Just because the last two game iterations had seen some backlash, the storyline itself is still as solid as it was decades ago.

And let’s face it, most of us love Fallout because of that humor-driven, apocalyptic, different future. At least, I was in love with it from day one.

So, hopefully, it’ll perform better than Fallout 76. It has to, right?

Table of Contents hide
Fallout Finally Coming to Streaming
What a Fallout Series Entails
Continued Damage Control
Director Visions of the Story
Game to Movie Behaviors
There’s Hope Thanks to Talent for a Fallout Series
Will I Watch a Fallout Series on Amazon Prime?
Crossing My Fingers for a Good Showing

Amazon Studios recently acquired a license to the game rights in order to produce a TV series. Kitler Films, driven by Jonathan Nolan and Lisa Joy, is spearheading the venture.

And in Fallout fashion, a hint of the show’s debut hit Twitter this morning.

Apparently, the Fallout series has been on the back-burner for more than a decade. So, the idea was out there around the same time Fallout 3 was released back in 2008.

Although I know a lot of fans are still bitter after recent years, this does give me hope that something good will come of the franchise. Well, outside of Fallout New Vegas, which is still among my favorite games.

What a Fallout Series Entails

Not much is known at the moment about the storyline, acting, or overall layout. Outside of rumors and speculation, which I normally don’t try to dive into. I’m not a big fan of conspiracy theories or leaks and usually wait for hard facts.

However, there are a few things to consider when it comes to the idea of a Fallout series, especially on Amazon.

After the fallout of the last game (see what I did there?), Bethesda needs something good to happen in the very near future. If something like a good series on Amazon boosts the franchise’s reputation, it may go a long way to mending broken dreams.

Perhaps Bethesda isn’t as cursed as some of us might believe. It could be one of the best things to come out of Bethesda in a very long time.

Then again, the Amazon page for the series could be littered with random bugs that go unchecked for more than a decade.

Director Visions of the Story

The only real issue that worries me is how directors often take a good plot and make it fit their narrative. Perhaps they have a completely different vision for how a story should unfold.

We saw this in the contrast difference between Christopher Nolan’s and Joel Schumacher’s Batman. (Val Kilmer was not a good Batman…sorry.) And I’m not even including the last three Star Wars movies.

Will a Fallout series be too gritty? Will it be too PC? Is the director going to keep the tongue-in-cheek humor of Fallout? Is current politics going to be shoved down our throats and up our butts in the pilot episode?

Unfortunately, we won’t know until later down the road. But with the amount of source material available and embracing what Fallout is, there’s a chance that it might become a decent show.

Then again, it could become a raging dumpster fire after getting everyone’s hopes up while practicing bait-and-switch tactics.

At least it’s not a SyFy original movie. I can just see SyFy trying to tie in Moon Nazis or tornadoes made of sharks within the Fallout universe.

One common theme I hear from people is how movie adaptations of games really haven’t performed that well. However, this isn’t a movie. My argument is that a Fallout series has a great chance of being a success.

For example, I love the Witcher on Netflix. It’s different from the game in many regards, but it’s still a solid storyline with incredible acting.

In reality, it all boils down to writers, actors, and directors. If you have a good team of skilled individuals, almost anything can have a great adaptation. Just look at Marvel’s success with a talking raccoon.

There’s Hope Thanks to Talent for a Fallout Series

Nolan and Joy helped drive the success of HBO’s Westworld. And although I haven’t watched it yet, I hear nothing but good things. Westworld has accumulated more than 40 Emmy nominations over the last three seasons.

Someone has got to be doing something right.

Now, I am concerned with Todd Howard being involved in any way. You just know he’s looking for a way to add microtransactions to the episodes. Maybe Fallout 76 will feature clothes and gear from the Amazon series.

At any rate, so far, there is a dynamic duo at the helm, and I’m pretty excited to see what can happen when professionals take the reigns.

Will I Watch a Fallout Series on Amazon Prime?

I’ve been a huge fan of Fallout for a very long time. In fact, I plan on streaming Fallout: Tactics soon on Twitch because I love the game so much. And, I still love loading up Fallout 4 and building.

Because I am a base builder. I thrive on survival building games.

Since I have an Amazon Prime account, I am definitely going to dive into the new Fallout series. I just hope it doesn’t suck or involve some politically correct framework that helped ruin the Star Wars franchise I grew up with.

That’s a complaint for another time, but I can go on a pretty good rant about Star Wars.

At any rate, it’s still too early to form an opinion either way. All we can really do is wait for the release with bated breath and keep our hopes high. There’s no sense in focusing on the negative until there is something negative to focus on.

Long answer short, yes…I will be watching the Fallout series as soon as I get a release date. I’ll even go so far as to add it to my Asana tasks so I don’t forget.

Crossing My Fingers for a Good Showing

As I said, there’s not enough information regarding the Fallout series to really say if it’s going to suck or not. But, we can keep our fingers crossed and hope that Amazon and Bethesda throws a few bucks at good acting.

And if this succeeds, I wonder if EA will jump on the bandwagon to produce a FIFA series on Hulu.

Watch the Feed on our page.